There’s a double helping of plugin to start the New Year off, with a 3.7 beta and 4.0 alpha release.

Plugin setup now takes place after the plugin is activated, and provides much more feedback: 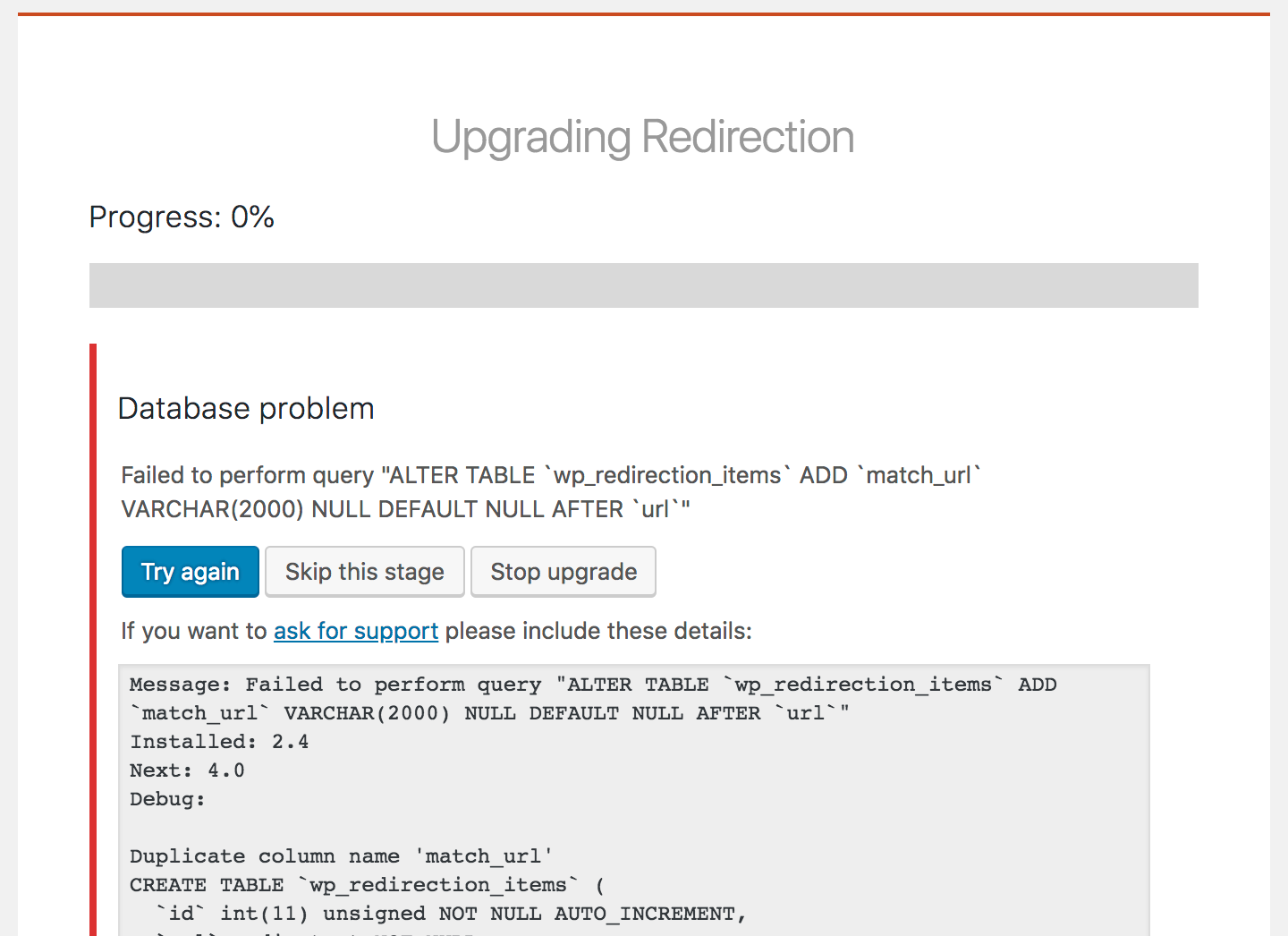 The plugin also detects some common problems and shows warnings as you are creating redirects:

This version should have minimal impact on existing setups.

This adds a bunch of new features, including:

All options can be set individually on redirects, or by default across the site (and subsequently overridden on an individual basis).

Although this seems a relatively simple feature it has required changing code that’s been untouched for many years. As such I’m releasing an early alpha version so it can get as much testing as possible.

Note this version also makes changes to existing data. The process is handled by the new database upgrade wizard in version 3.7, but you should still be careful and make a backup.

Additionally it changes how redirects are loaded.

Problems are not expected, but further testing is required.

If anyone does install either version I would greatly appreciate feedback. The alpha/beta process is the only information I get ahead of a general release (outside of the internal unit tests).